The Padmasambhava Peace Institute (PPI) was set up as an educational non-profit 501(c)(3) in California in 2003, and the land where it is based was acquired in 2004. Our mission is to provide a beautiful dedicated retreat space for all those seeking to learn and practice ways of peace, sustainable use of resources, and social and environmental justice. The Tibetan Buddhist center Chagdud Gonpa Ati Ling and the charity Mahakaruna Foundation are both based at PPI.

The 485-acre center is in the rolling redwood hills of Cazadero, near the stunning coastline of west Sonoma County, in an area of extraordinary natural beauty and blessed with incredibly pure, fresh air and water. We are a community of full-time residential volunteers and we welcome guests of all backgrounds and interests to come and enjoy this special space.

The idea for the center originally arose from the plan of director Tromge Jigme Rinpoche and his father His Eminence Chagdud Tulku Rinpoche to build a 108-foot tall statue of Guru Rinpoche (see below). That statue was to have been built in Nepal, but when conditions there became unstable, the project was moved to America. The idea of just a statue then developed into the concept of a cultural and educational institute that would be accessible to all sectors of the community, rather than be an exclusively Buddhist organization, and this idea was warmly encouraged by His Holiness Jigme Phuntsok Rinpoche, the great Buddhist master of Eastern Tibet. 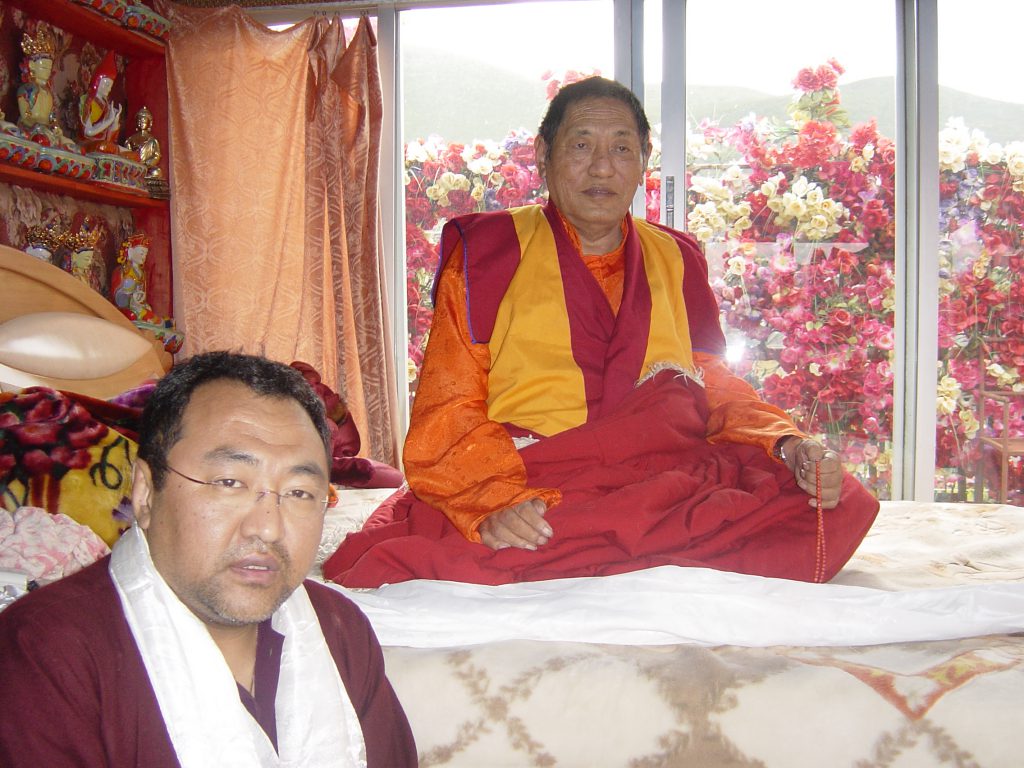 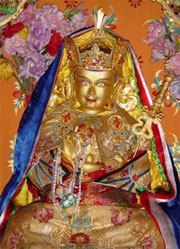 Guru Rinpoche statue made by Vairocana 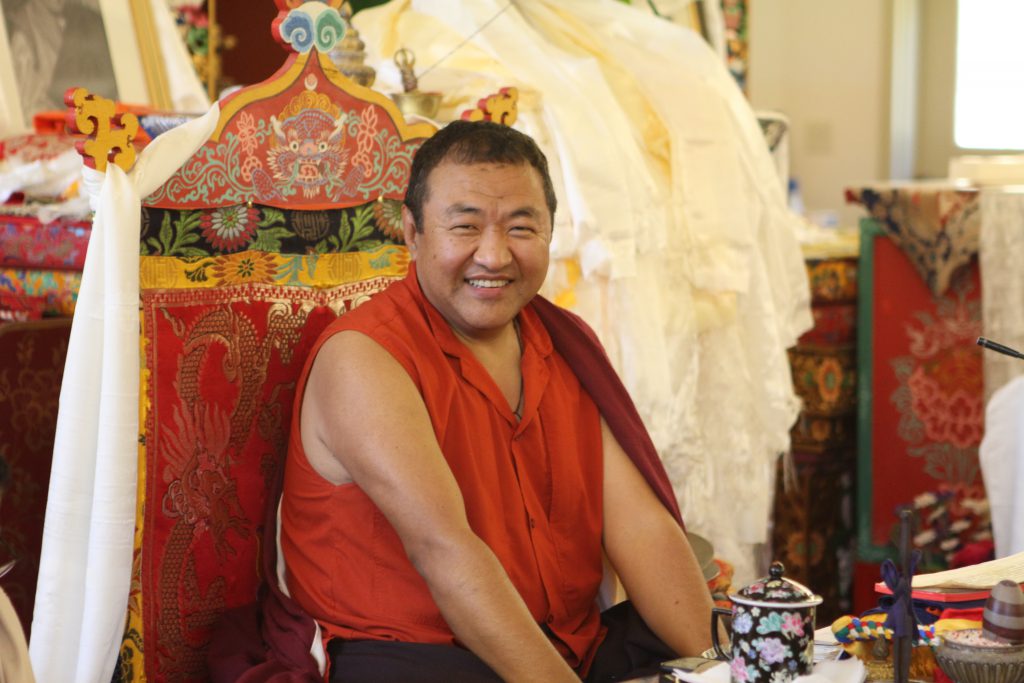 Guru Rinpoche, also known as Padmasambhava (the Lotus-Born), is the revered master from what is now north-west Pakistan who established Buddhism in Tibet in the 9th century. Although Buddhism had reached Tibet some centuries earlier, and had been adopted in the 7th century by King Songtsen Gampo, it had not yet taken root throughout the vast reaches of the country. Guru Rinpoche was renowned in India as a truly great and accomplished master and was able to establish Buddhism in Tibet, where he remained for many years instructing disciples and transmitting many precious lineages of dharma teachings to his closest followers, including Yeshe Tsogyal.
The residential community at the Padmasambhava Peace Institute practises in the Nyingma lineage of Tibetan Buddhism, in which Guru Rinpoche is very important.

The director of PPI is Tromge Jigme Rinpoche (Tromge Jigme Rinpoche’s schedule), a Tibetan Buddhist teacher born in India in 1965. After completing the traditional three-year retreat under the guidance of his father His Eminence Chagdud Tulku Rinpoche, he moved to Chagdud Gonpa Foundation’s Bay Area center Ati Ling in 1992 as its resident lama. Rinpoche now travels throughout North and South America and Asia giving teachings and counseling people with his gentle wisdom and warmth. He is jointly responsible for Tromge and Chagdud Monasteries in Tibet. Tromge Jigme Rinpoche is also director of the Mahakaruna Foundation, an international charitable organization founded by Chagdud Tulku Rinpoche that offers assistance to the old, sick and impoverished in various parts of Asia, and also works to preserve Tibetan Buddhist culture.

Historical background of the property

The whole of this coastal area, from the Russian River in the south up to Gualala in the north, and 30 miles inland, is the traditional territory of the Kashaya Pomo Indians. The tribe’s administrative website is at www.stewartspoint.org, and for an outline of Kashaya Pomo history and culture, see ‘Kashaya Natives’ on the Fort Ross State Park site.

The name ‘Black Mountain’ comes from the hills of these names around the property, although its origin is uncertain. The original forests underwent much logging and milling, and native flora has often struggled to stay dominant with the introduction of some very aggressive invasive species. We are working to restore the forest around our buildings to how it was over 150 years ago, when it was more safely and effectively managed by tribes practising cultural burning and allowing wildfire to do its necessary work.

The buildings that comprise the Padmasambhava Peace Institute were built in 1964 by the California Department of Forestry as part of their network of conservation camps. The minimum security ‘Black Mountain Camp’ was opened in October 1964 to house an 80-man crew that was assigned to work with local fire services on land clearing, telephone line maintenance and road-work.

The camp continued in various state-run forms until its closure in June 1992. For the subsequent 12 years or so, the camp was owned by individuals and then in early 2004 Padmasambhava Peace Institute acquired the property, complete with many fixtures remaining from conservation camp days.